Our official photographers have been busy--since before Opening Ceremonies, they have been busy taking candid and posed pictures of Worldcon, so we can have memories that will always be Spectactular.

Worldcon76.org now has a photo gallery that includes all of the photos the official photographers have chosen to share with the convention. Check the photo gallery often, as it will get updated almost hourly with new images of panels, performances, debates, pun-contests, and awesome moments at the world's biggest science fiction convention.

From border to border and coast to coast and all the ships at sea, let’s go to press from the garden city of San Jose with the results of the Retro Hugo Awards for 1943!

The winners of the 1943 Retrospective Hugo Awards were announced on Thursday, Aug. 16, at the 76th World Science Fiction Convention.

Best Novel
Beyond This Horizon, by Anson MacDonald (Robert A. Heinlein) (Astounding Science-Fiction, April & May 1942)

703 valid ballots (688 electronic and 15 paper)  were received and counted from the members of the 2018 World Science Fiction Convention.

Eureka! We need to get to San Jose!
Today is the final push down the coast to the Bay Area and San Jose. Producer A made it back in one piece around 2 AM, and we think he’s alive. Most of his communication seems to be consisting of a long uninterrupted vowel movement.
After saying good bye to the hotel we got back on route 101, and began the drive to our final destination.
Our first stop was redwood national forest where we took pictures of the incredible trees, and stood in silent contemplation of the incredible age and resilience of these magnificent giants. 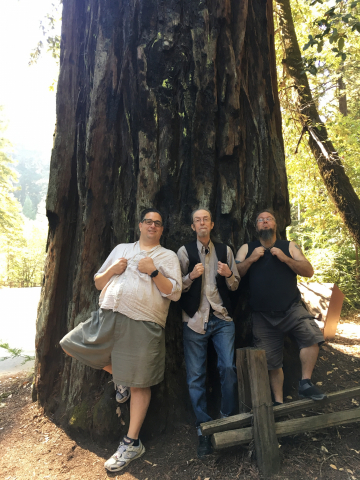 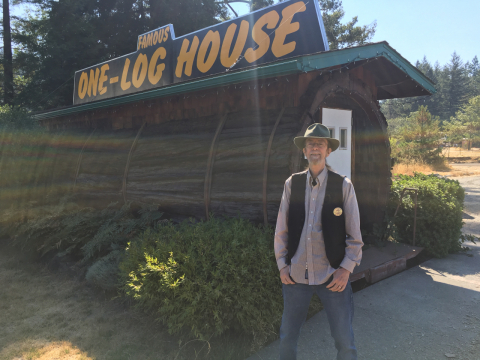 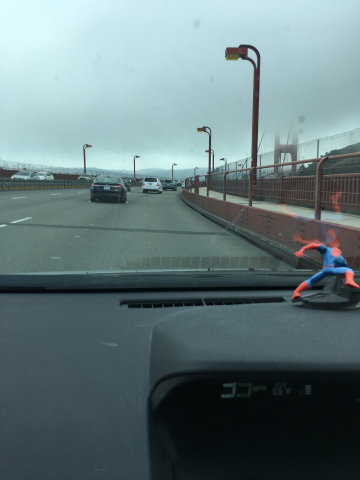 On Friday, August 17, 2018, from 1:00 PM to 3:00 PM in 210A, Worldcon 76 will host the "Future WSFS Conventions" panel. This gives future Worldcons, future bids, and potential future bids the opportunity to present themselves and to answer questions from the audience. In preparation, questionnaires were sent out to the participants. Read them here.

Paul and the Babe.

After a run down I-5 we turned towards the coast at Grant’s Pass OR, and started down route 99. The haze from the California wildfires began to be more and more obvious, and the countryside keeps getting prettier.
Soon, towering redwoods lined the road on either side of us and we saw a major milestone ahead on the road. 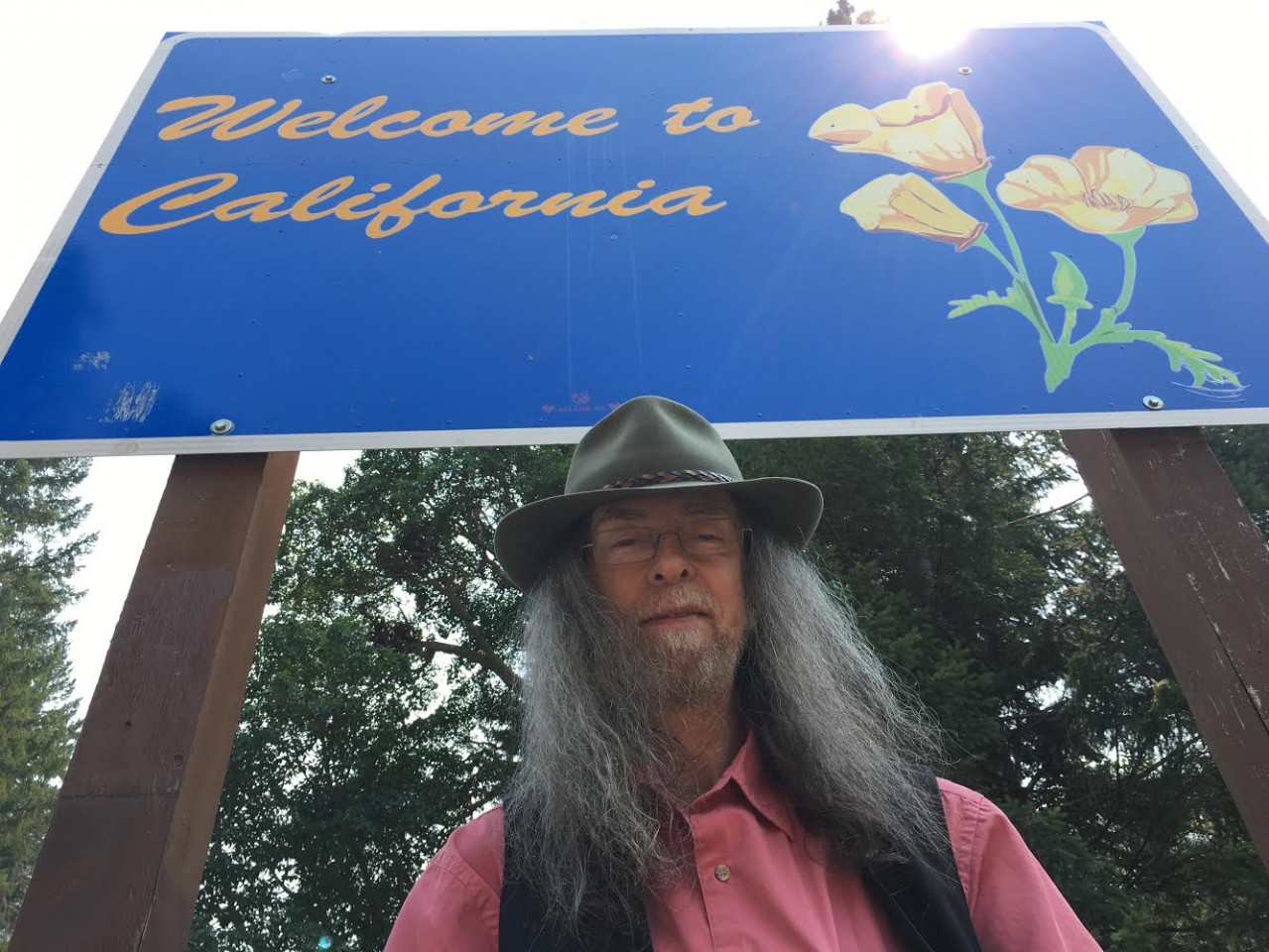 California, here we are!
After a lovely encounter with a young family at the state line, we took each other’s groups photos.
Spider sez: We ain’t giving em back neither.
Continue reading
Tags:
announcements
Tweet 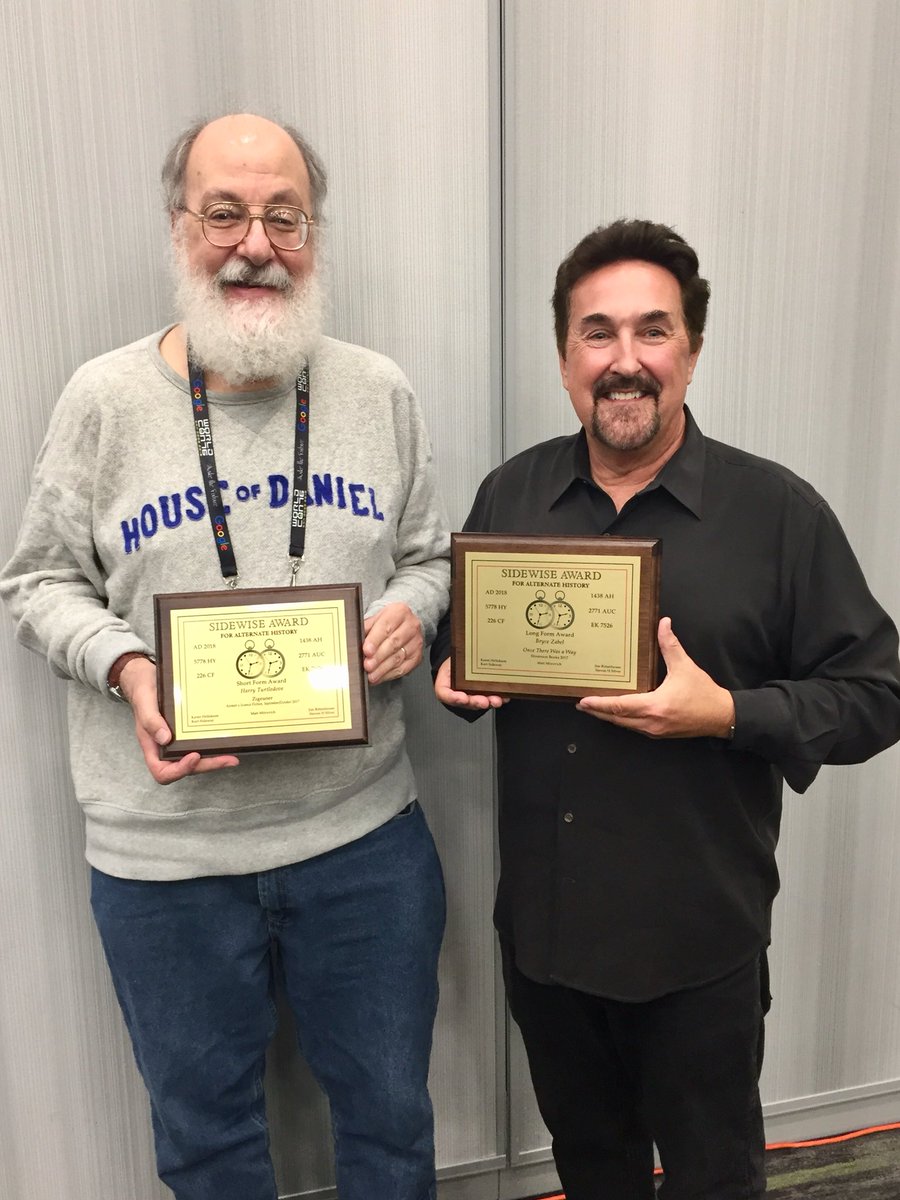 @wordfeyNess
Panel thread, for folks who missed it. #Worldcon76 https://t.co/URQPyzfR7e
Link to post