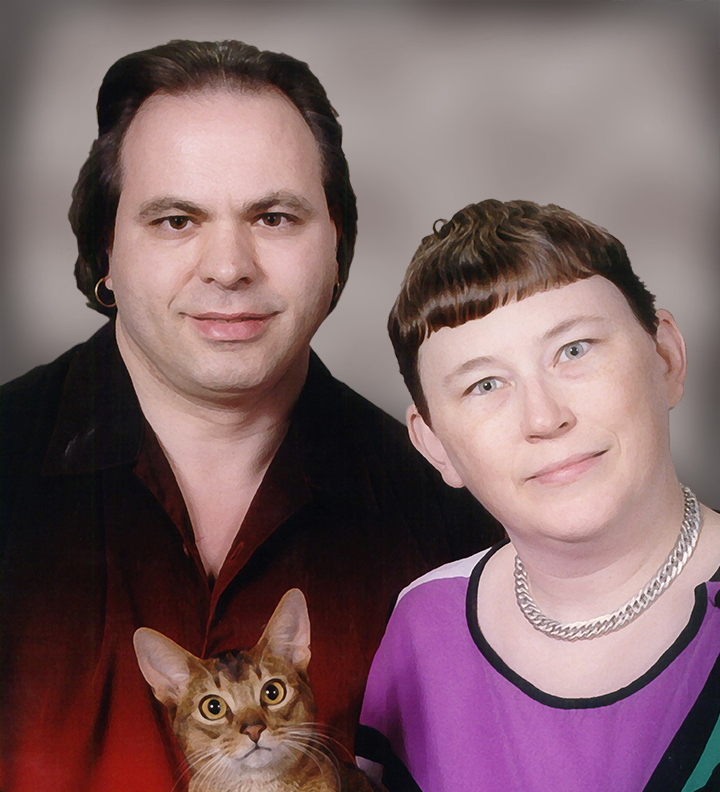 Attending conventions since 1981, and active in costuming since 1983, Pierre and Sandy Pettinger won their first costuming award at the World Science Fiction Convention in 1986. Their expertise and love of the form drove them to win more awards than can be listed here, but notably includes 4 Worldcon Best in Show awards.

They are also active in costume judging, and masquerade management, as well as serving in executive positions in the St. Louis Costumers Guild (a.k.a. The St. Louis Ubiquitous Tailoring Society, or SLUTS), a chapter of the International Costumers’ Guild.

(True Fact: They were committee members for San Jose’s last worldcon, ConJosé in 2002, and ran our masquerade there.)