The convention center is located on San Carlos Street, filling the block on the south side of the street between Almaden Blvd and S. Market Street.

There are 5 main entrances at street level into the center:

There are also two interior sky bridge entrances on the 2nd floor concourse level from the Hilton and Marriott, as well as entrances from the attached parking garage. 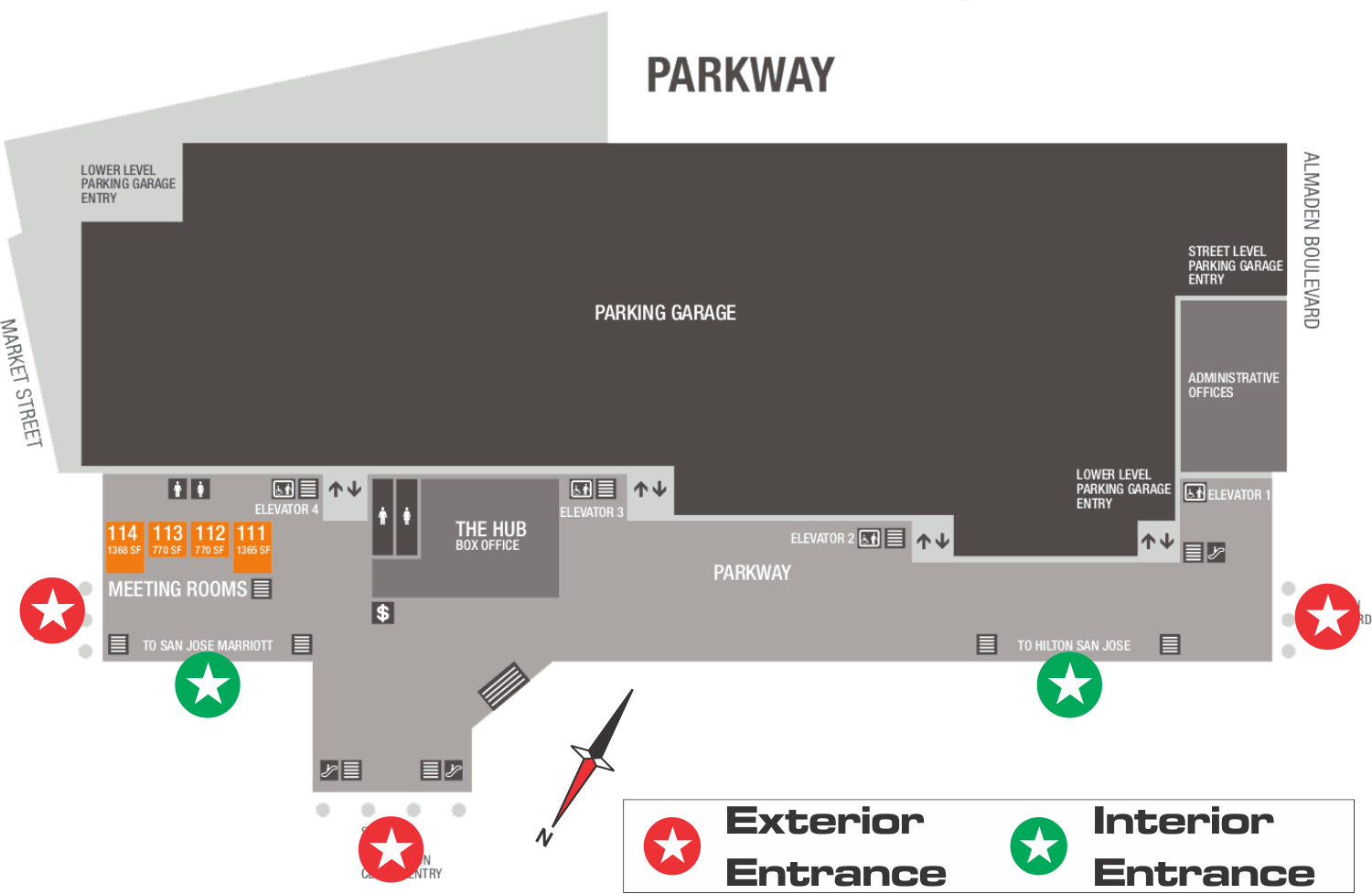 For reference, the convention center's own maps usually flip the image to a southern orientation, as though you are facing the center from the north, with the Plaza entrance at the bottom and the Exhibit Hall and parking structure behind the center at the top. 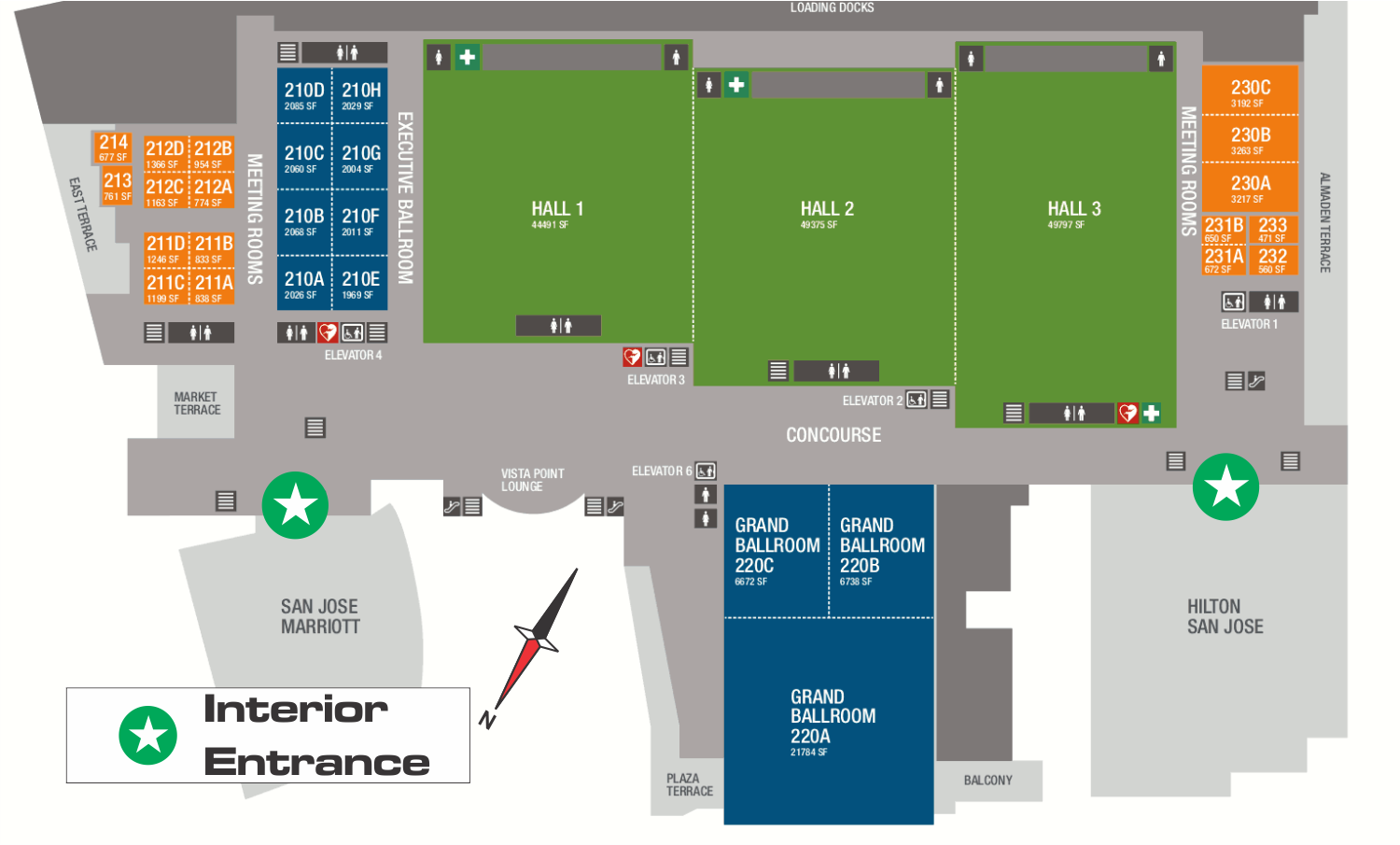 About the Convention Center

If you haven’t been to the convention center recently, though, you won’t have seen the beautiful new expansion that opened October 2013. And you definitely haven’t experienced downtown San Jose’s free “Wickedly Fast Wi-Fi” that’s just been extended to provide service throughout the convention center.

As to accessibility, the convention center has hosted the Bay Area Accessibility Expo for several years now. I think that says more than anything we can say ourselves about the accessibility of the facility. It’s tried, tested, and accessible.

While the convention center is connected to two hotels, and within blocks of 5 more hotels, it’s also quite commuter-friendly. VTA Light Rail and bus lines serve the convention center stop, and a free downtown shuttle provides connections to Caltrain, ACE, Capital Corridor and Amtrak trains at nearby Diridon Station.

If you’re planning to use mass transit to get around, check out the Bay Area Clipper Card. Much like London’s Oyster card, Dublin’s Leap card and the Carte Orange of Paris, Clipper is a contactless transit payment card that makes navigating the different transit agencies and services a breeze.

For a fabulous overview of the convention center, check out SanJoseMeetings.com