Kevin Roche
Announcements From the Chair

SFSFC AND JON DEL ARROZ HAVE SETTLED THE LAWSUIT MR. DEL ARROZ FILED WHICH INVOLVED HIS BEING BANNED FROM WORLDCON 76.  IN CONCLUDING THE DISPUTE, SFSFC WISHES TO ISSUE THE FOLLOWING STATEMENT:

SFSFC acknowledges the importance of reputation, especially for a relatively new author, and regrets that its public statement about barring his attendance might have led people unfamiliar with Mr. Del Arroz and his work to infer that he is or was a racist. For that, SFSFC apologizes. This attendance ban was specific to the Worldcon 76 events produced by SFSFC, and Mr. Del Arroz has the same opportunity as other members of the public to register for future SFSFC events.  Worldcon 76 does not tolerate discrimination in any form -- including through cosplay -- based on but not limited to gender, race, ethnicity, religion, age, sexual orientation, gender identity, or physical/mental health conditions.  SFSFC firmly believes that healthy political discourse requires active, mutual, good faith participation by members of the community with differing opinions. 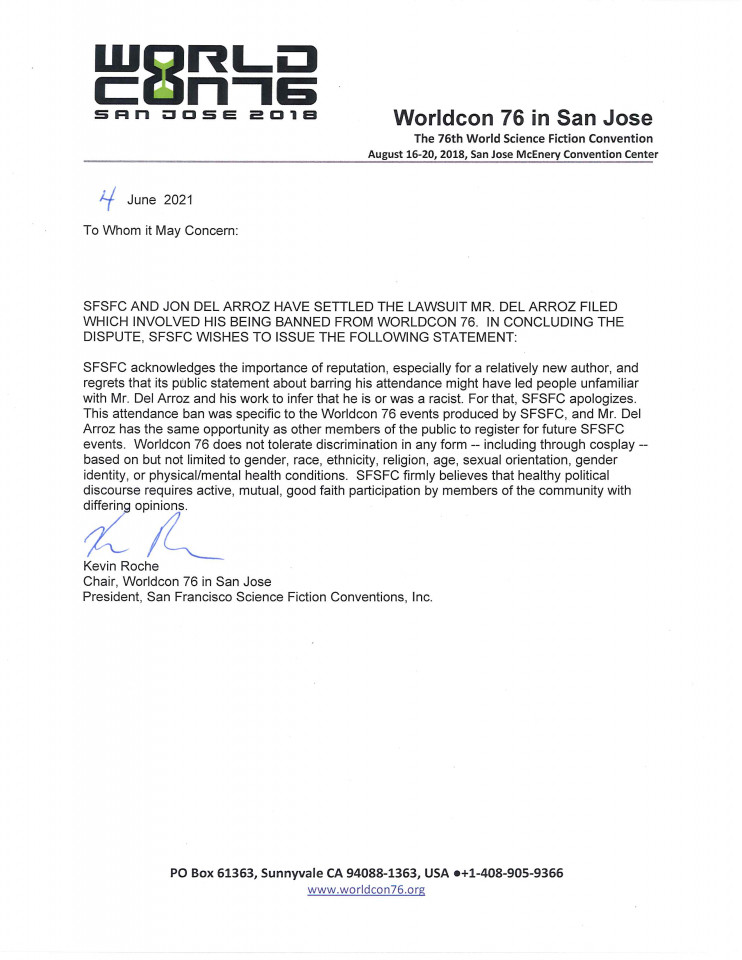 Yes, that's right! You can now order copies of the Hugo Awards ceremony and the Masquerade on DVD and Blu-ray. Syd Weinstein has been gracious enough to provide several options for your viewing pleasure.

For details and how to order, go to his website.

On his website, you can also find a link to the recording of the Hugo Awards ceremony stream on Youtube.

Have you checked the website lately? We've been uploading new photos gradually from the event photographers, tours, and other staff to our gallery on the website. Keep checking back, because more are always rolling in. If you have any photos you'd like us to host, feel free to contact the This email address is being protected from spambots. You need JavaScript enabled to view it.s team, and we'll do our best to get them online!

More memories shared with us on Flickr, from fan Rodford Smith. Enjoy!

On Thursday, August 16, 2018, John Picacio brought his #Mexicanx Initiative recipients onto stage during the Opening Ceremonies, locked arms and read a personal statement about acceptance and solidarity. The full statement was written by one of the Mexicanx recipients, Lauren Snow, inspired by a brief of John's. John shared it again today on social media. Worldcon 76 would like to share his words here, too. 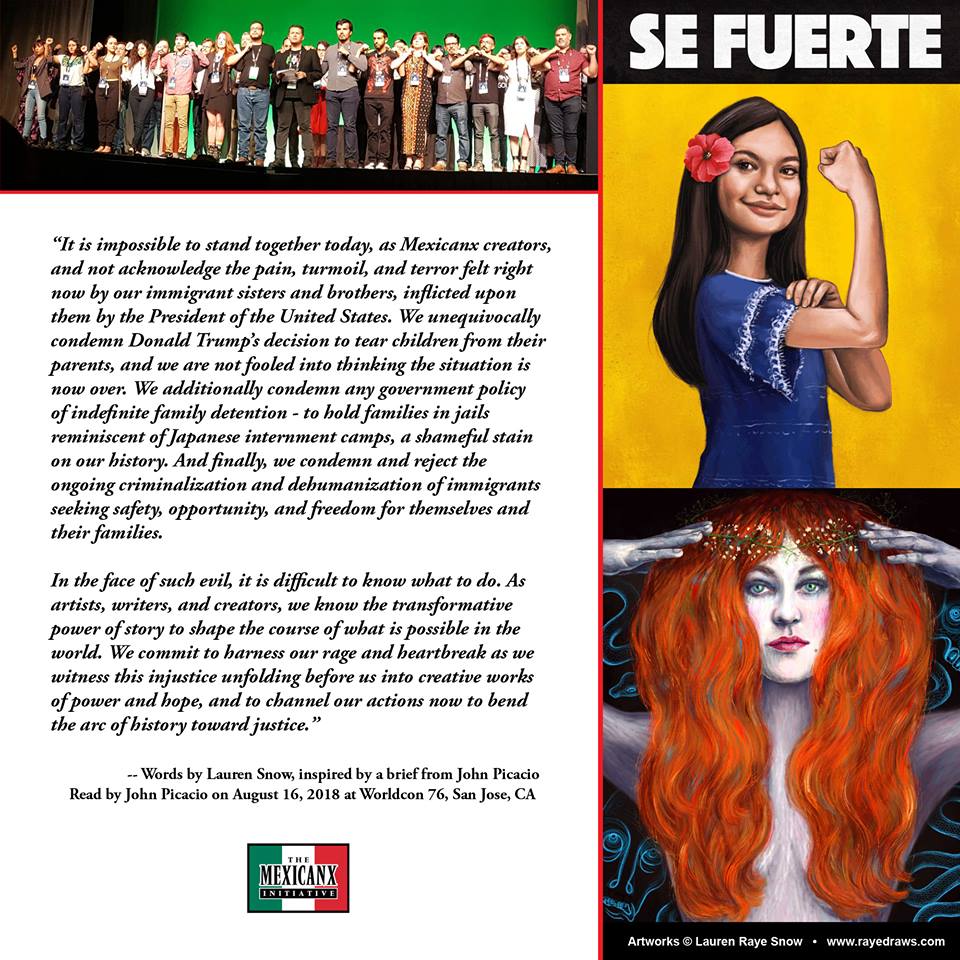 Full statement (for those having difficulty reading the image above):

Miss the Hugo livestream? Want to watch it again? Head over to Worldcon 76's YouTube Channel. The video of the entire ceremony is available to view.