The Road to Callahan's
Worldcon 76

Day 1
Victoria B.C to Port Angeles WA.
The trip began with a 4 AM call.
“Steph. I don’t think I’m gonna make it”
The Worldcon 76 Guest of Honour was white as a sheet and barely able to stand. It was my job to get him from Canada to San Jose in one piece and it was looking like the trip was going to be over before it began.
After six hours in the emergency room, we got the all clear and Spider finally got some needed sleep. Luckily so did I.
The spirit of Fandom and SF must have been watching over us, because when he woke up he was his old self and willing to try to make the trip after all. (I on the other hand was about ready to pass out from stress and worry). 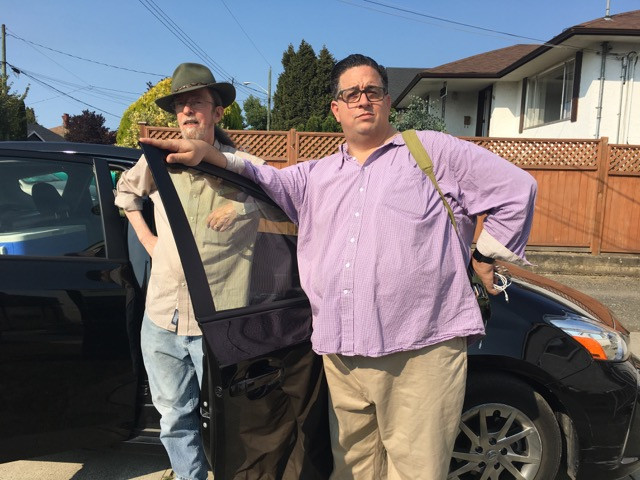 After a whirlwind last spasm of packing, we were on our way with A the Producer riding in the backseat down to the Black Ball Ferry.
Spider note: The Black Ball ferry line was famous back in the day, in fact the Andrews Sisters had a whole song about it sung with the old Bingster himself.
https://youtu.be/alttvzdVBPE 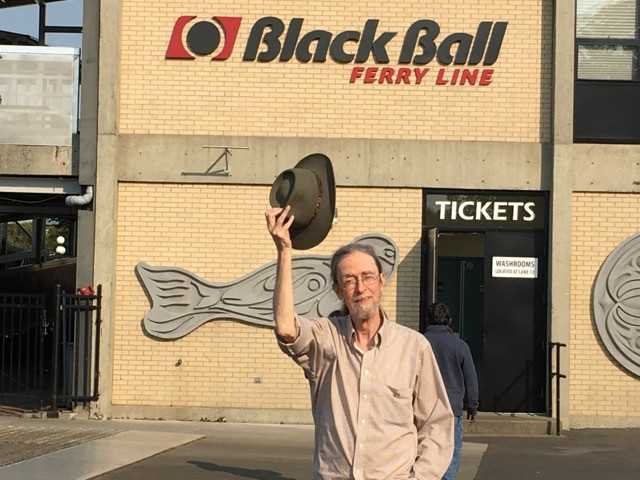 Spider sez: I was so worried about customs, being both an ex-hippie and suspicious of authority in general, but the U.S. customs agents on the Victoria side were surprisingly gregarious. Must be the ongoing influence of living in Canada all the time.
We had a swell time traversing the straight, but not narrow and ate mediocre ferry food. Are you jealous yet?
Our first destination is Port Angeles, which like many communities on the border does a happy trade in Canadian cross-border hospitality.
Producer A notes for you Heinlein fans, that Port Angeles is right next door to Snug Harbor, where the Protagonists’ home base is located in the Number of the Beast.
Our plan is to bed down here tonight, and head across the peninsula - until we meet up with I-5 south of Seattle.
Upon arrival we took a deep breath of American air. Smells like freedom? Spider says he can smell burning and hear fiddling.
After a quick stop for supplies, including the first stop in Spider and Steph’s 2018 Suicide By Fast Food Tour* we bedded down for the night.
Now Spider is snoring and I’m finishing up this first blog post. Tomorrow is a big day, we’ve got a lot of potential fun stops, but all of it will depend if Spider’s health holds. Sweet lady of Blessed Road Trippery, please smile upon us. 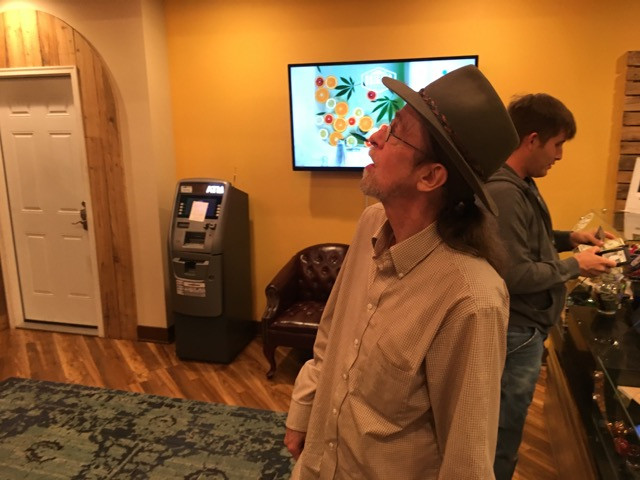 Tomorrow - the Road to Eugene
*Our plan is to sample as many different exotic fast food chains as possible, the rules are, we can’t go to the same place twice, it mustn’t be available in Canada, and we will write mini reviews once the ‘food’ is consumed.

When you subscribe to the blog, we will send you an e-mail when there are new updates on the site so you wouldn't miss them.